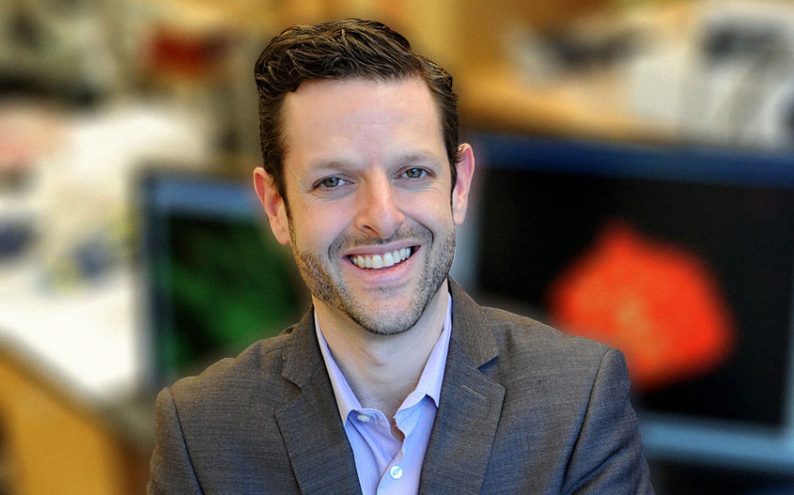 Dr. Jeff Karp is a leading researcher in the fields of drug delivery, medical devices, stem cell therapeutics, and tissue adhesives. He is an Associate Professor at Brigham and Women’s Hospital, Harvard Medical School, Principal Faculty at the Harvard Stem Cell Institute, and an affiliate faculty at the Broad Institute and at the Harvard-MIT Division of Health Sciences and Technology (where he teaches to MIT-Sloan business school students). He has published >100 peer-reviewed papers (with >13,000 citations) and has given 250 national and international invited lectures and has >100 issued or pending patents. Several technologies developed in his lab have formed the foundation for multiple products on the market and currently under development and for the launch of four companies including Skintifique, Gecko Biomedical, Alivio Therapeutics, Frequency Therapeutics.

The Boston Business Journal recognized him as a Champion in Healthcare Innovation and MIT’s Technology Review Magazine (TR35) also recognized Dr. Karp as being one of the top innovators in the world (3 members from his laboratory have subsequently received this award).

His work has been selected by Popular Mechanic’s “Top 20 New Biotech Breakthroughs that Will Change Medicine.” He gave a TEDMED talk at the Kennedy Center in DC on bioinspired medical innovation and since 2015 has been a member of the TEDMED Editorial Advisory Board (only member to be elected to the board 3 years in a row). In 2015 and 2016 he received Breakthrough Awards from the Kenneth Rainin Foundation and in 2015 was a commencement speaker in at the University of Toronto. He also serves as a consultant to the Kenneth Rainin Foundation and the Crohn’s and Colitis Foundation on the topic of new technologies for Inflammatory Bowel Disease. He has deep consulting expertise with startups and with several Fortune 500 companies across a wide spectrum of areas including drug delivery, medical devices, consumer healthcare products, and stem cell therapeutics.

Jeff was selected as the Outstanding Faculty Undergraduate Mentor among all Faculty at MIT and he received the HST McMahon Mentoring award for being the top mentor of Harvard-MIT students. To date, 18 trainees from his laboratory have secured faculty positions and several have transitioned into impactful careers in pharma, biotech, medtech, and venture capital.